The 2019 Footwear Biomechanics Symposium will have many distinguished speakers including four keynotes and many invitied speakers.

The four keynote speakers will include: 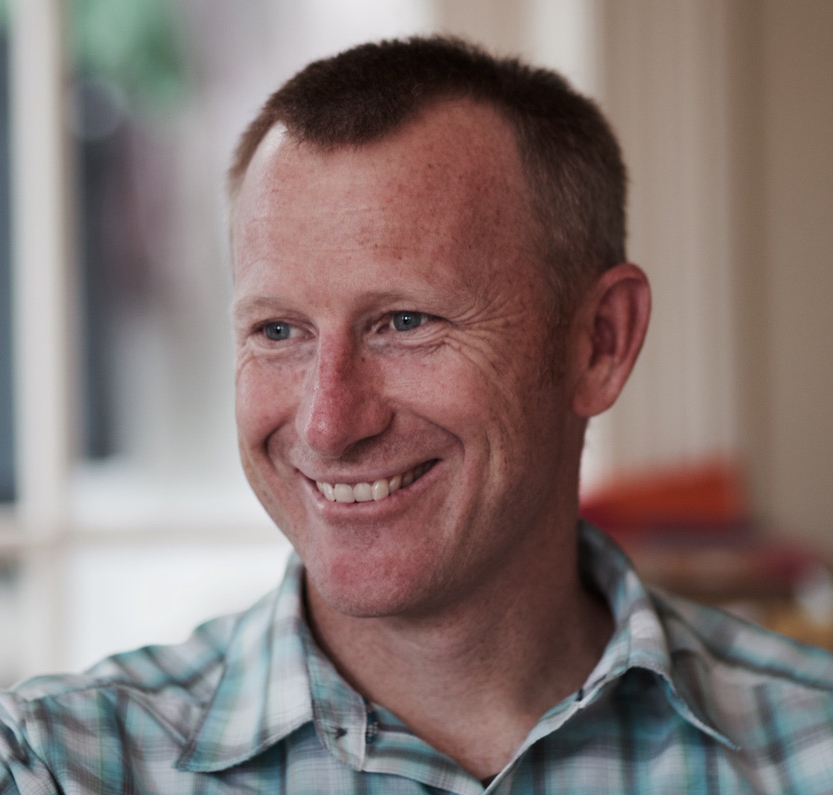 Thor is an Associate Professor at the Auckland Bioengineering Institute at the University of Auckland, New Zealand. He completed his PhD in Biomechanics at The University of Western Australia where he developed EMG-driven models to estimate muscle forces and investigated mechanisms of non-contact knee ligament injury. Thor spent 8 years at Stanford University combining medical imaging with computational models to understand the mechanical aetiology of patellofemoral pain. His current projects combine wearable sensors with computational models to develop novel interventions for musculoskeletal disorders, such as stroke and osteoarthritis. 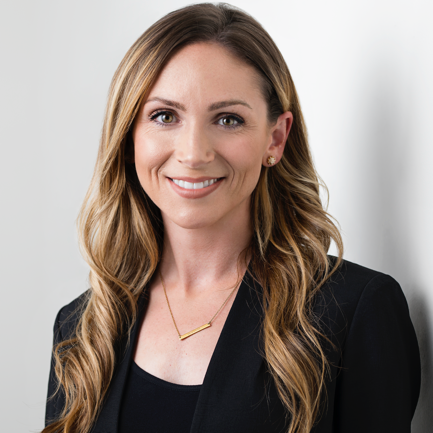 Dr. Breanne Everett is the CEO and Co-Founder of Orpyx Medical Technologies Inc. (“Orpyx®”), as well as a medical doctor and resident in plastic and reconstructive surgery at the University of Calgary. Seeing the burden that diabetic foot complications pose on both patients and the healthcare system, and with the goal of addressing these issues, she founded Orpyx to create meaningful, life-changing impacts with medical-grade wearable technologies. Orpyx has developed a proprietary, pressure sensor platform designed to empower patients to optimize the medical care of certain conditions, such as diabetic peripheral neuropathy. Beyond these immediate applications in diabetic foot monitoring and amputation prevention, the platform technology that Orpyx has developed can be leveraged to multiple applications in pressure sore prevention, athletic performance optimization, and injury prevention.

Dr. Everett was one of six national winners awarded with the Governor General’s Innovation Award in 2016. She was named one of Avenue Magazine’s Top 40 Under 40 in 2012, and the University of Calgary’s Graduate of the Last Decade in 2014. She is a Loran National Scholar, who serves as an active member of the Loran Alumni Community, and is a member of the scientific review board of the Pedorthic Research Association of Canada and the Canadian Medical Association’s Joule Innovation Council. Her pride and joy is her family, and when not working, she loves spending time with her two small sons. 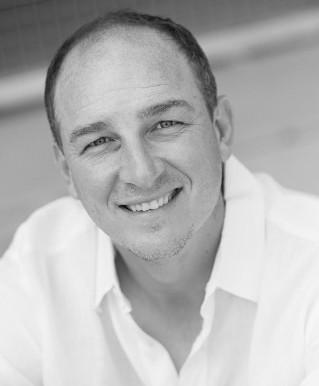 Over the course of his 20-year career, Dr. Kent has published over 200 articles on the biomechanics of injury and the design and assessment of injury prevention countermeasures. Dr. Kent’s background as an international expert in automotive crash injury prevention has informed the NFL’s research to improve assessment tools for sports injury protection equipment, including helmets, shoulder pads, thigh pads, knee pads, footwear, and turf. Dr. Kent is a Professor of Mechanical & Aerospace Engineering, Biomedical Engineering, and Emergency Medicine at the University of Virginia and past Deputy Director of the UVA Center for Applied Biomechanics. Dr. Kent is a past Director, current Fellow, and Award of Merit recipient of the Association for the Advancement of Automotive Medicine, a Fellow of the Society of Automotive Engineers, and a member of the Stapp Advisory Committee. 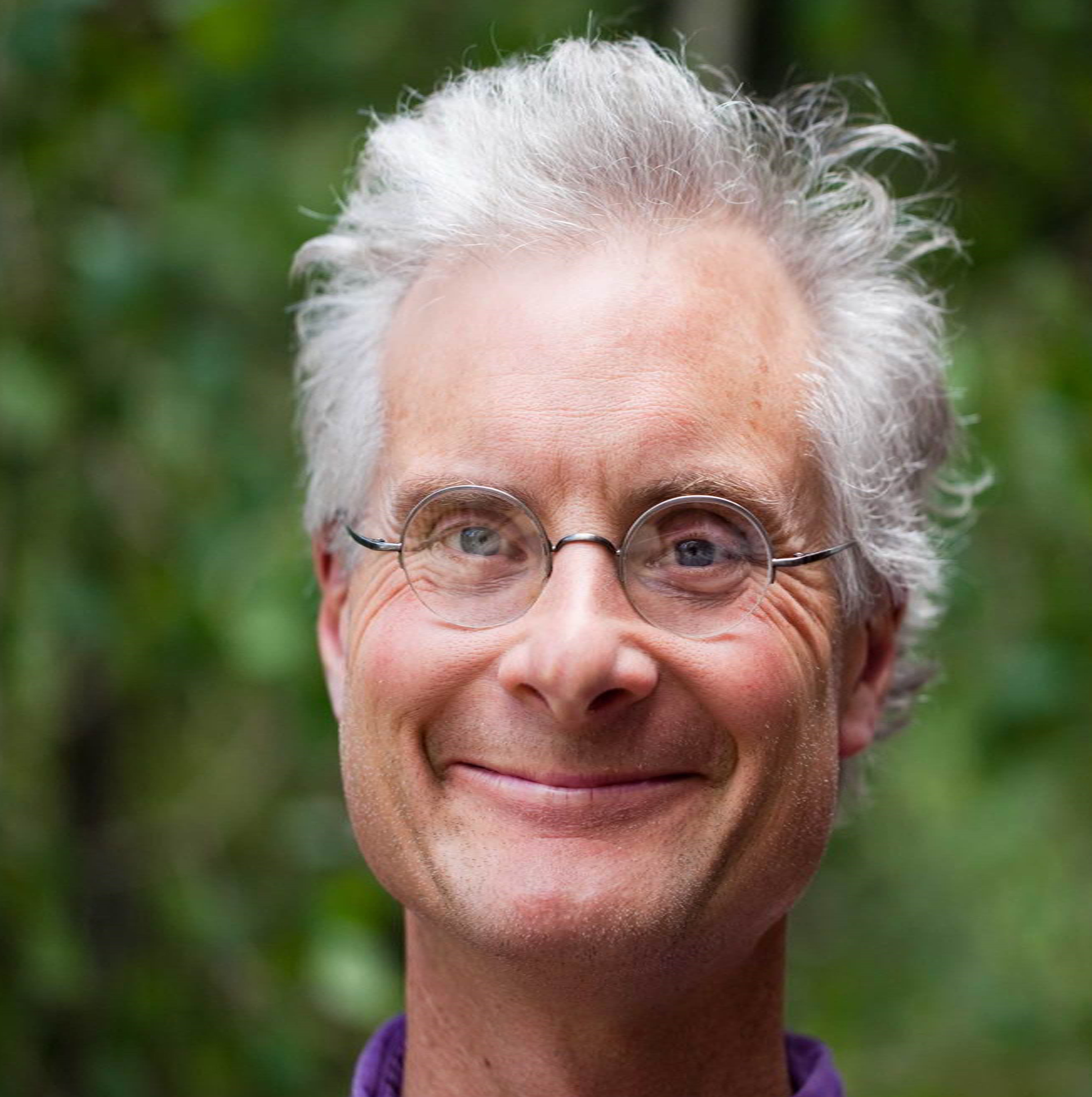 Dr. Kram’s primary research interest is the biomechanical basis for the energetic cost of locomotion. He has published more than 100 peer-reviewed scientific articles, including some in prestigious journals such as Nature, Science and the Proceedings of the Royal Society. Kram and his lab recently performed the external testing of the Nike ZoomX Vaporfly 4% shoe. In addition to his human studies, Dr. Kram has studied more than 40 animal species ranging in size from ants to elephants and in speed from tortoises to pronghorn antelope, none of whom wear shoes.

The 2019 Footwear Biomechanics Symposium will have many distinguished speakers including four keynotes and five invited speakers.

The invited speakers will include: 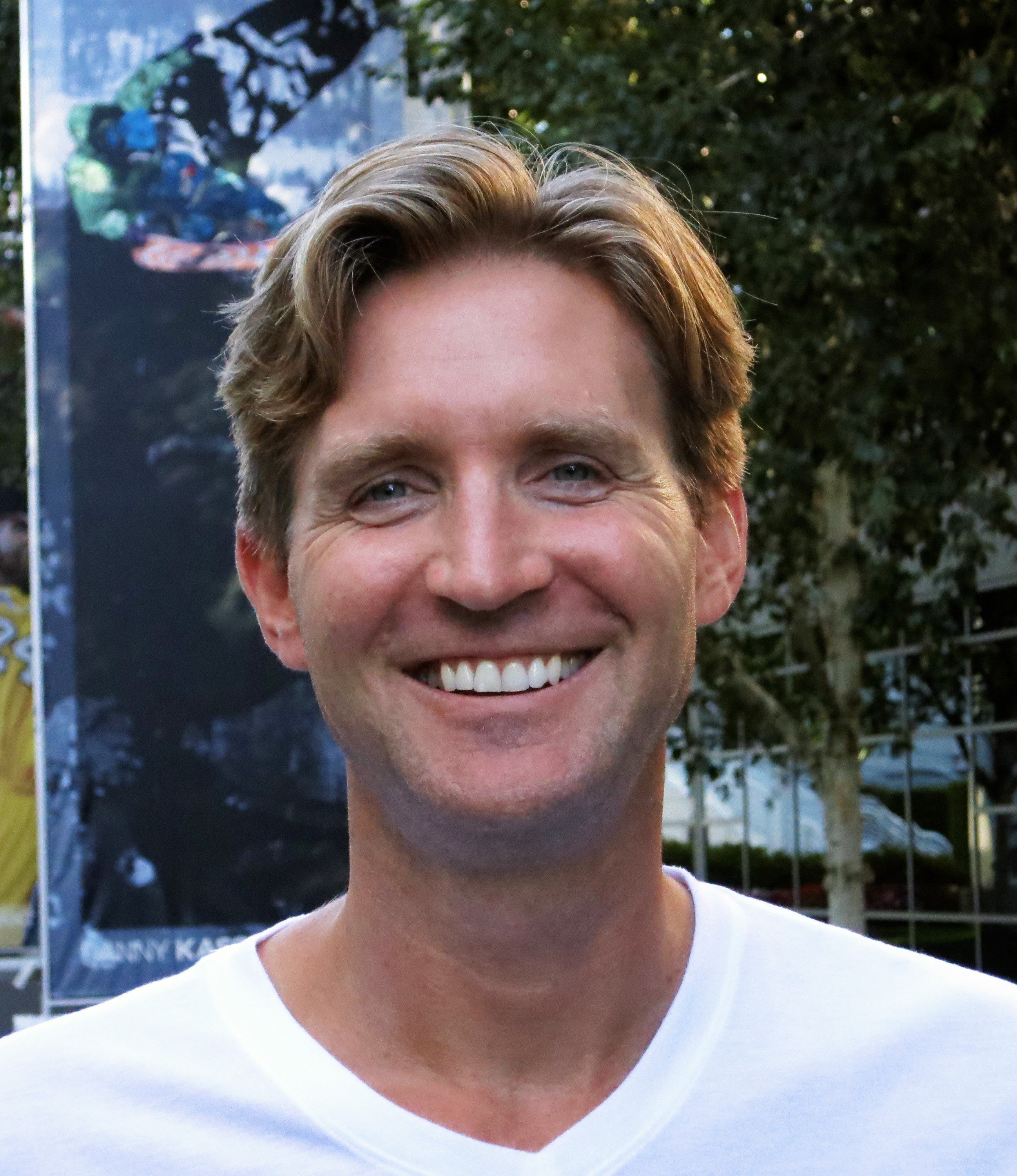 The mission of the NSRL is to lead with science to make athletes* better. The NSRL provides the knowledge and expertise to drive product and service innovations that improve performance, protection, and perception. Working with the broader teams in NXT Footwear and Apparel Innovation, the NSRL helps bring disruptive products, platforms, and capabilities to market.

Nurse has been at Nike with the Research and Innovation team for over 16 years. In that time, he has previously worked as a Senior Researcher for the Basketball, Golf, and Equipment categories. He has also worked on numerous advanced product concepts that have led to more than a dozen patents related to footwear, apparel, and digital product applications.

Nurse earned his Ph.D. in Biomechanics & Medical Science while working in the Human Performance Lab at the University of Calgary, Canada. His prior work focused on topics ranging from role of afferent feedback on the control of locomotion, to researching the effects of footwear and shoe inserts on performance and mobility. 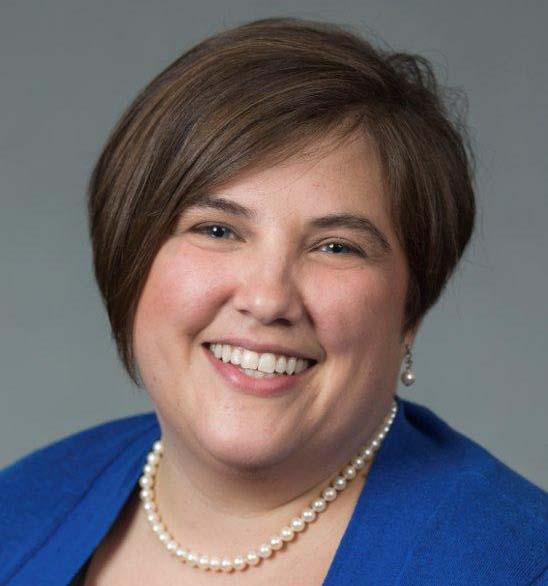 Sarah Ridge is an assistant professor in the Department of Exercise Sciences at Brigham Young University in Provo, Utah.  She got her Ph.D. in Biomechanics and Movement Science at the University of Delaware prior to moving west in 2010.  Sarah researches a variety of topics related to lower extremity biomechanics, including foot structure and function, minimalist footwear, and measurement of figure skating jump landing forces. The primary motivation of much of her research is to understand and develop optimal methods of musculoskeletal injury prevention and treatment. 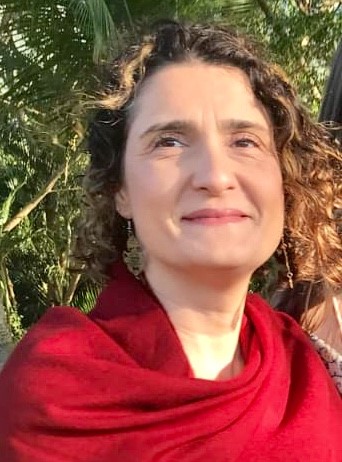 Isabel C. N. Sacco is an Associate Professor at the School of Medicine of the University of Sao Paulo; 1B Research fellow of CNPq-Brazil (National Council for Scientific and Technological Development); and the head of the Laboratory of Biomechanics of Movement and Human Posture (LaBiMPH), whose main areas of research today include intelligent systems for decision making in health, biomechanics and rehabilitation of diabetic and osteoarthritis patients, casual and sport footwear, running biomechanics and foot biomechanics/rehabilitation. Over the past 18 years of professional experience, Isabel has published ~100 peer-reviewed papers with IF (WoS), and more than 350 complete or extended abstracts in international and national conferences. Her teaching throughout her career also includes the guidance of 9 doctoral theses, 17 master dissertations and 5 postdoctoral supervisions. She is currently acting as Director of the Postgraduation program in Rehabilitation Sciences at School of Medicine at the University of São Paulo. She has recently been honored by the Brazilian Government as one of the only 22 young (under forty years old) female Brazilian scientists in the national territory with a recognized merit, building up an academic carrier of national and international recognition with extensive scientific production and important role in the formation of human resources. 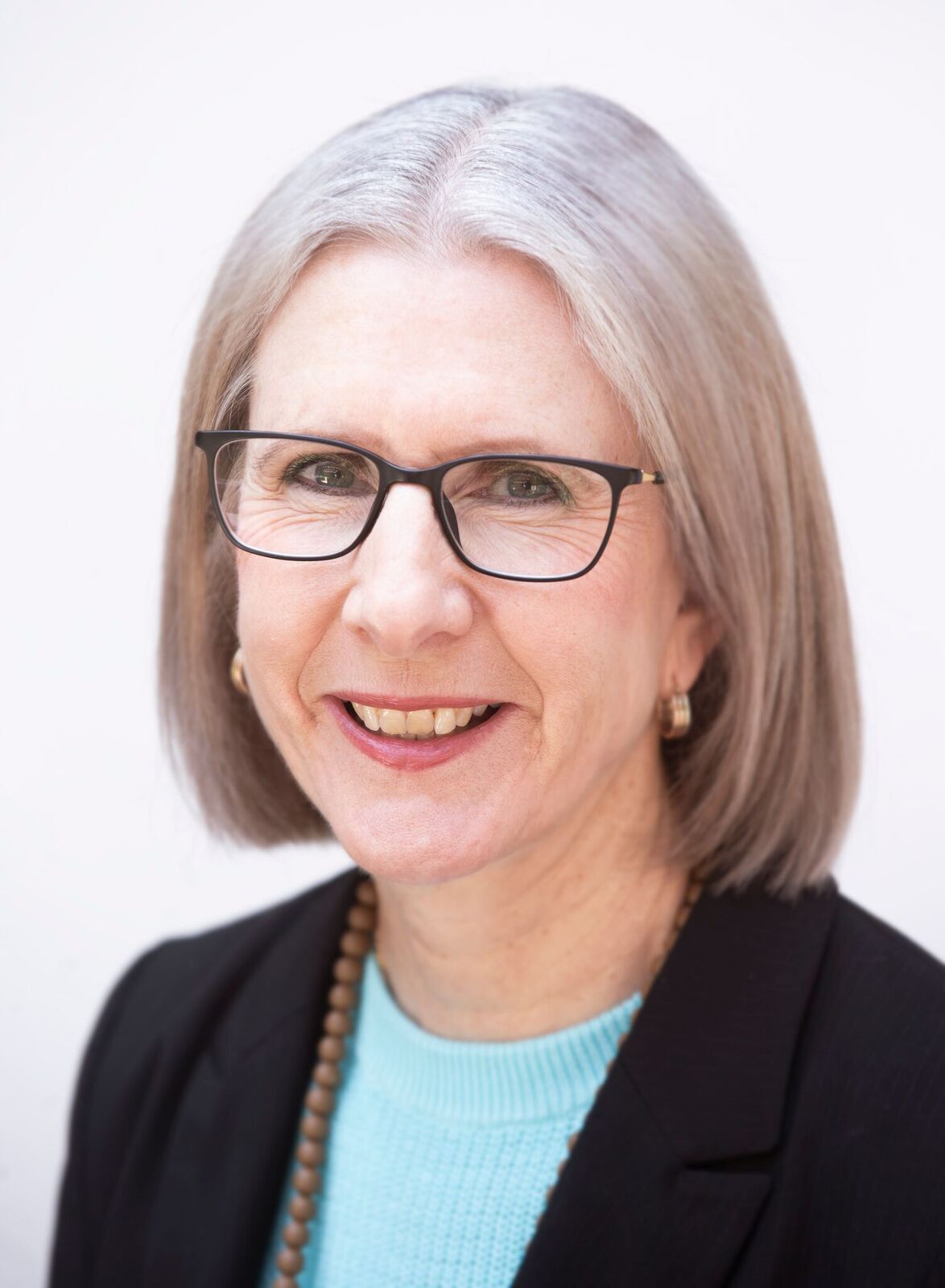 Julie Steele is a Senior Professor in Biomechanics in the School of Medicine, at University of Wollongong, Australia.  She is also Founder and Director of both the Biomechanics Research Laboratory and Breast Research Australia (BRA).  Over the past 35 years, Julie’s research has focused on developing innovative strategies, based on applied biomechanics, to decrease injury potential and optimise quality of life for individuals across the age spectrum.  She has investigated lower limb injuries in landings; developing wearable technologies to enhance quality of life; breast health biomechanics, as well as the effects of obesity, ageing and occupational loading on lower limb structure and function with implications for footwear design.  Julie has published ~170 peer-reviewed articles and presented over 350 scientific talks around the world.  She has also been the recipient of numerous research awards, including 2005 NSW Telstra Business Woman of the Year.  A current member of the World Council of Biomechanics and Fellow of ISB, Julie has served on the Executive Council of several professional associations, including being President of the International Society of Biomechanics and the Australian & New Zealand Society of Biomechanics. 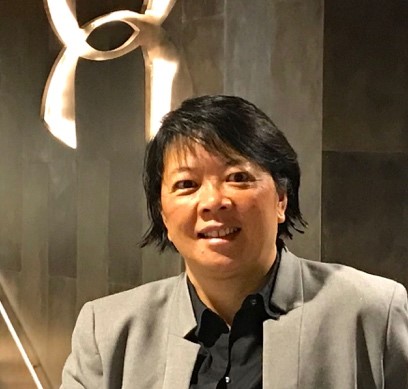 Helen Woo is the Senior Director leading the Biomechanics team at Under Armour. She is the current Chairperson of the Footwear Biomechanics Group, on the Editorial Board of the Footwear Science Journal and a member of scientific review committees for various biomechanics conferences. Helen joined Under Armour in 2016 to build a state-of-the-art biomechanics lab and oversee the performance research with the goal of delivering innovative solutions to make athletes better. She has been in the athletic footwear industry for over 20 years and her extensive career has included senior biomechanics positions in the Nike Sport Research Lab and Adidas AG at Reebok’s Human Performance Engineering Lab. She has worked on a range of athletic footwear across sports, gender and surfaces (e.g. Nike Free, Reebok CrossFit Nano, Under Armour HOVR Sonic Running shoe) and has an in-depth understanding of the research and development process of high performance footwear. Typically taking a more comprehensive approach to the research, Helen has partnered with some of the best athletes, coaches, trainers, experts and academic researchers in the world to identify the performance needs of the athlete and translate the scientific findings and insights to develop best-in-class product.